This Chicken Cordon Bleu Pizza is one of my all-time favorites! Surprisingly easy to make, but thanks to a dreamy creamy sauce, crispy chicken, and tasty ham, this pizza recipe is killer. 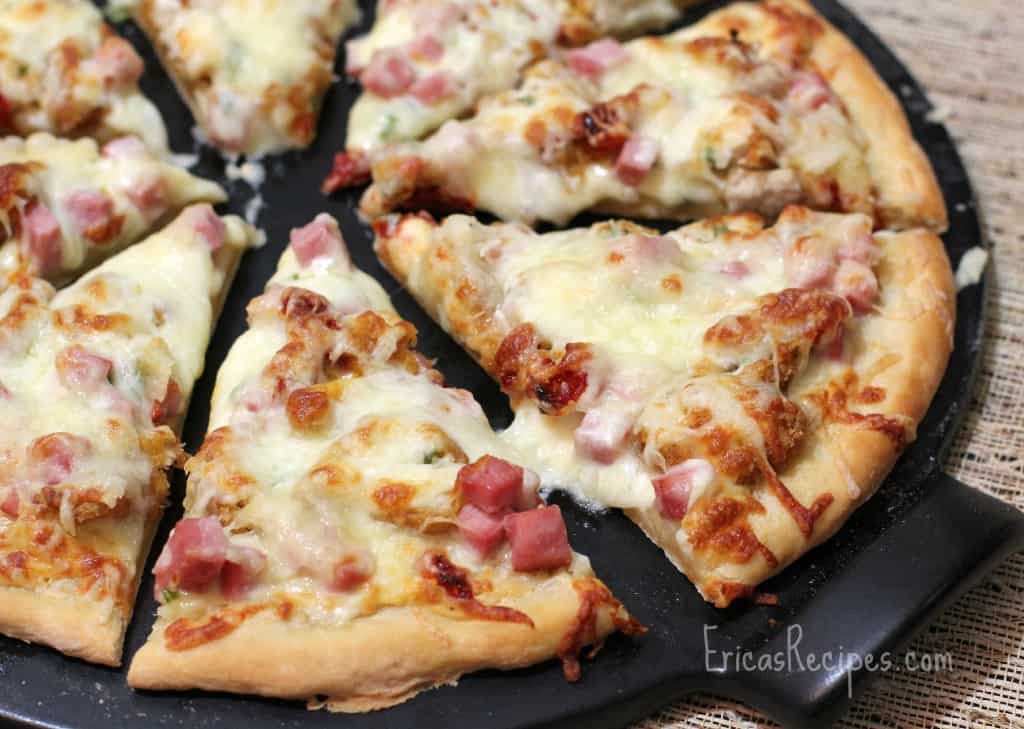 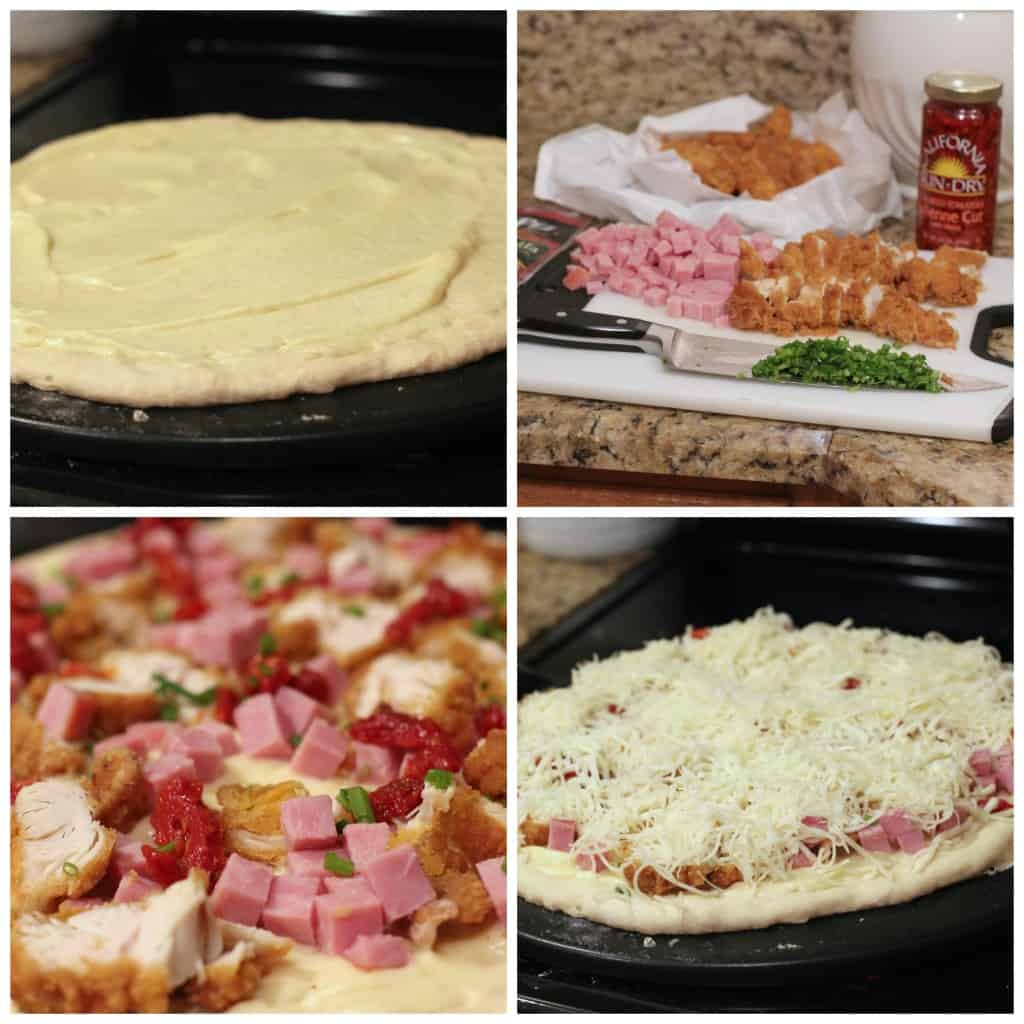 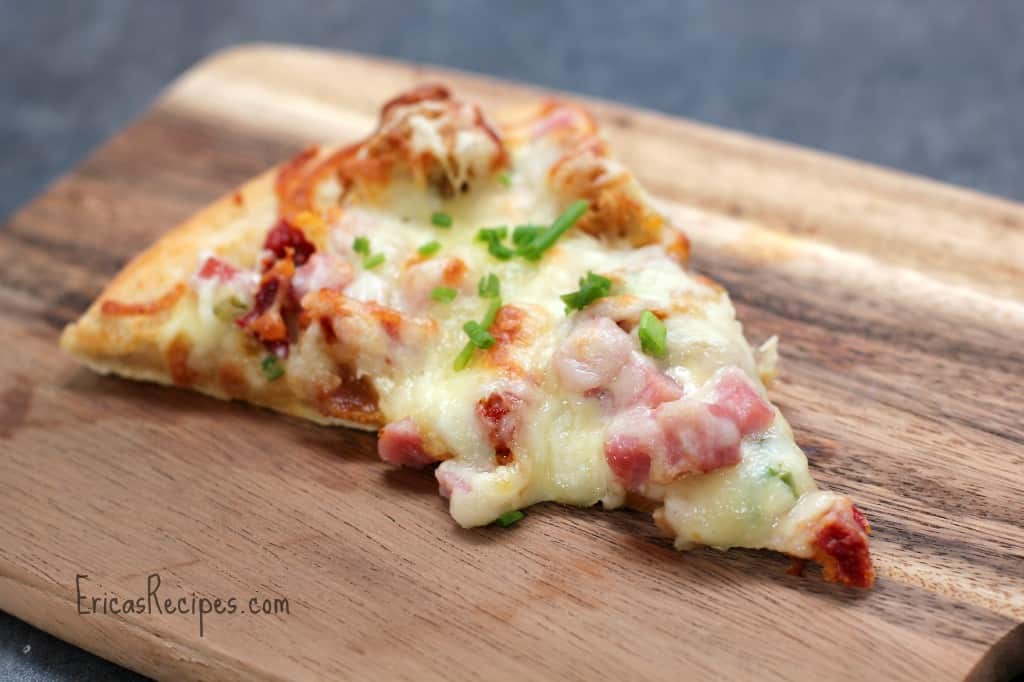 This week for Friday night pizza night, I felt like making up a new one, and I have to thank a co-worker for suggesting Chicken Cordon Bleu. By using my new Sam Adams Beer Pizza Dough, pizza and beer were united into hands down my tastiest pizza yet.

With the idea firmly implanted, I poked around the internet a bit figuring out how to go about this and every recipe I found used alfredo from a jar. Yuck. Blech. There was no way I was going to do that especially when it only takes a couple minutes to make alfredo. Besides, I wanted Dijon definitively in there. On the other hand, I did use chicken tenders I picked up at the deli section of the grocery store. No need to reinvent the wheel completely. Besides, it was a Friday and I was already making sauce and dough from scratch. Life is about balance. And pizza. 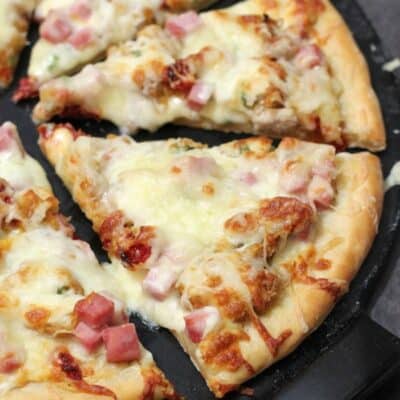 I’m Erica …wife, mother, and scientist, passionate about triathlons and pizza. Join me on my quest to enjoy all things food – both healthy and indulgent. After all, life is about balance right?