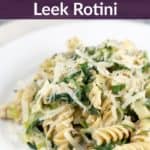 Everything you love about creamy alfredo pasta, in a gluten-free recipe made special with leeks and spinach. If you have ever wondered what to do with leeks besides soup, this recipe is for you.

Now, I am not claiming that this is healthy by any means, but it is delicious, packed with protein (25 grams!) thanks to chickpea pasta, vitamins from spinach (141% RDA vitamin A), 8 grams fiber, gluten-free, and lovingly decadent.

Yes, lots of nutritionally great things going on here, but there’s still calories, so I keep the portion size on the low side. Figure a cup per person. Not a big meal, but a great meal and that keeps it under 500 calories. And with the protein and fiber, it is filling too.

So why gluten-free? I don’t avoid gluten, per se. I went through a very short phase of avoiding gluten at the end of last year because I suspected it might be messing with my hormones (perimenopause ya’ll. don’t recommend it), but alas I couldn’t keep that up.

But this is New Year, New Me talking and I got goals. This year I am registered for Ironman 70.3 Haines City, Florida, in April and Ironman Florida in November.

So with all the training that will go into those races, I really wanted to try chickpea pasta as a way to get in carbs and protein at the same time. Because when I trained for Ironman Louisville, pasta was life.

So, that’s all I’m up to here. Looking for a healthier pasta whether or not it has gluten. This one does not, so you celiacs and gluten intolerants can join on in. Chickpea pasta is the first GF pasta I have tried, and I have to say it passed the taste test.

I picked it up in the regular pasta section of my grocery store, and I found it fairly reminiscent of whole wheat pasta. The texture is slightly different, but not by much and I have nothing negative to report whatsoever.

And chickpea pasta has protein. Lots of it.

What Even Are Leeks?

What to do with leeks besides soup? Not that soup is bad. I’ve even made soup with leeks. But that is not all leeks have to offer by far.

Leeks are just lovely. Obviously they pair well with potato and that’s why there are a gazillion potato-leek this-and-that recipes out there, but leeks are much more versatile (and I dare say underappreciated) than that.

What to do with leeks besides soup?

Recipes with leeks, the possibilities are endless and they give you an easy way to posh up a recipe and make it more interesting.

And check this out — this recipe is ready in 15 minutes. FIFTEEN minutes. Because this is a super simple cream sauce that cooks in the time it takes to boil the water and cook the pasta. So there we are.

Check out these vegetarian pasta recipes for more ideas 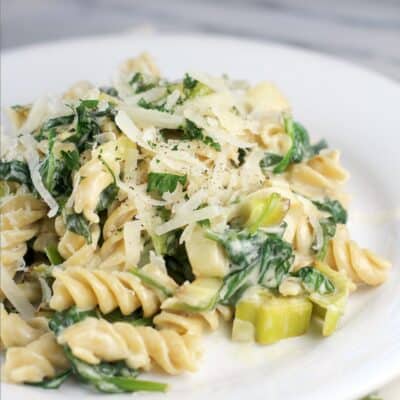 Erica
If you have ever wondered what to do with leeks besides soup, this recipe is for you.
5 from 7 votes
Print Recipe
Prep Time 5 mins
Cook Time 10 mins
Total Time 15 mins
Course Main Course
Cuisine gluten-free, Italian
Servings 6 people
Calories 488 kcal

Keyword recipe with leeks, spinach and leek
Tried this recipe?Leave a comment below and let me know! 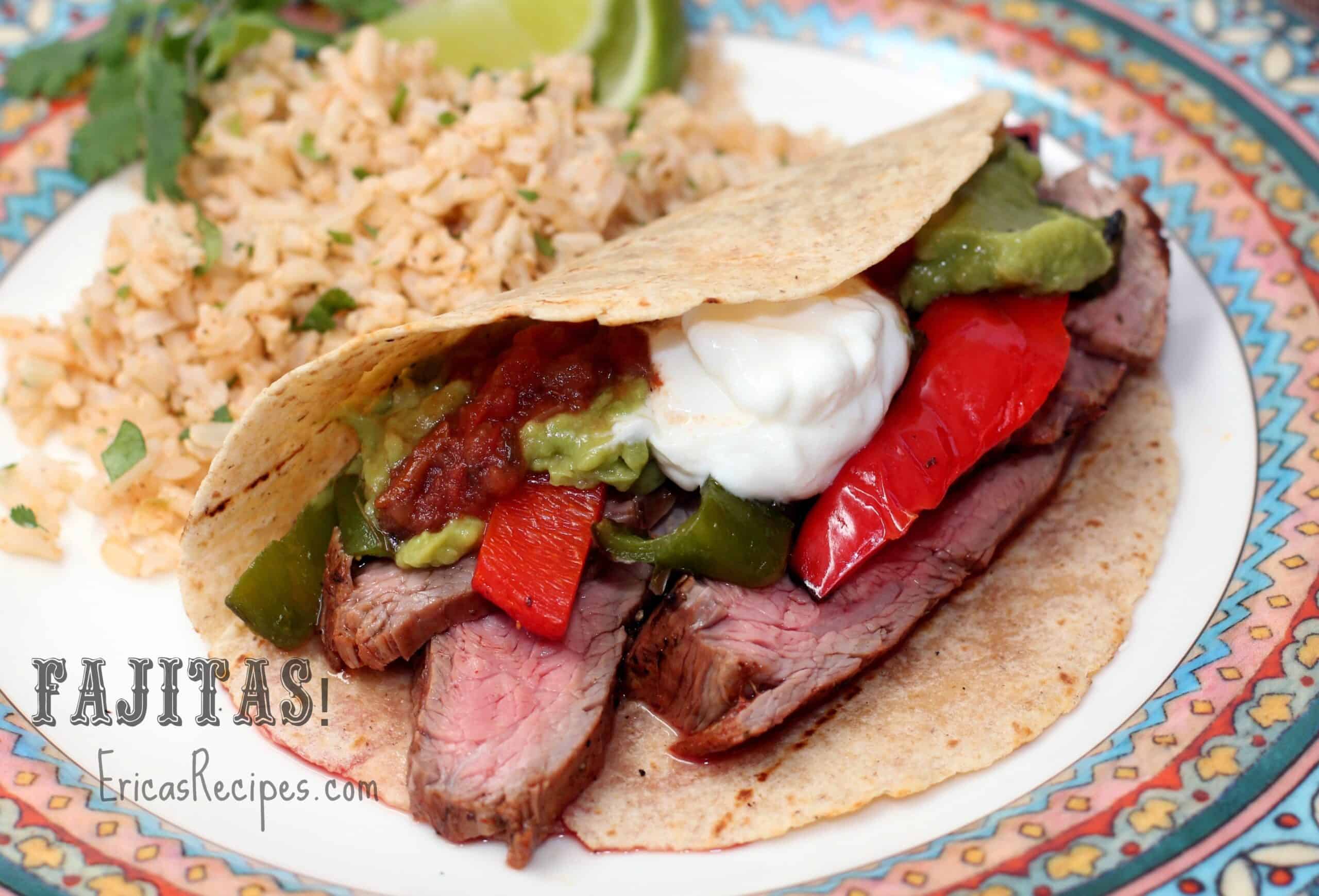 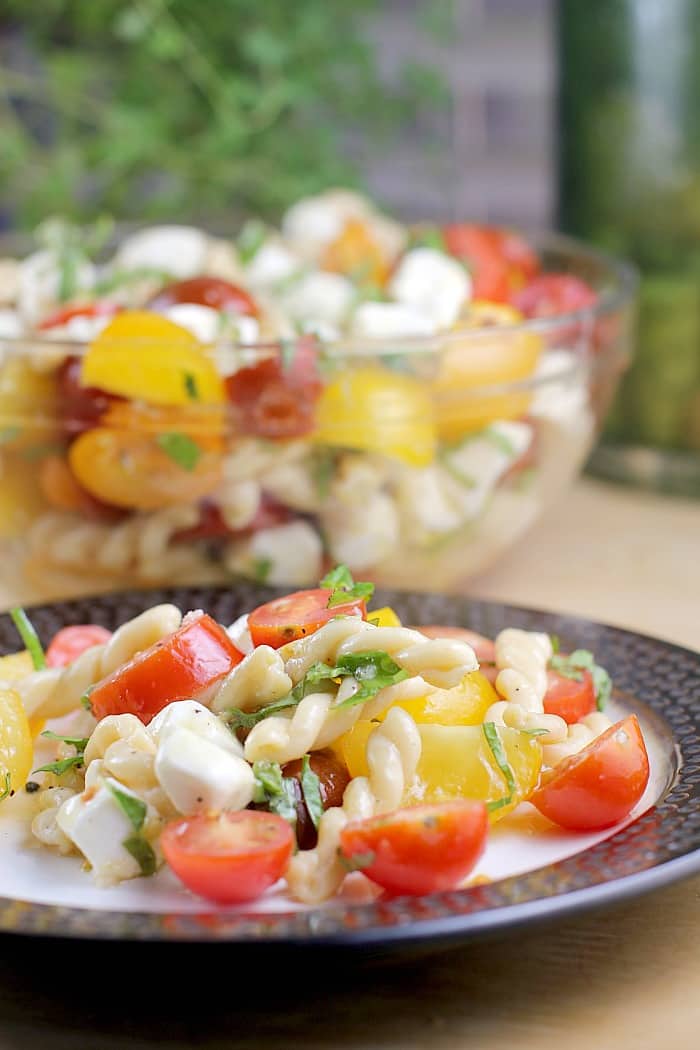 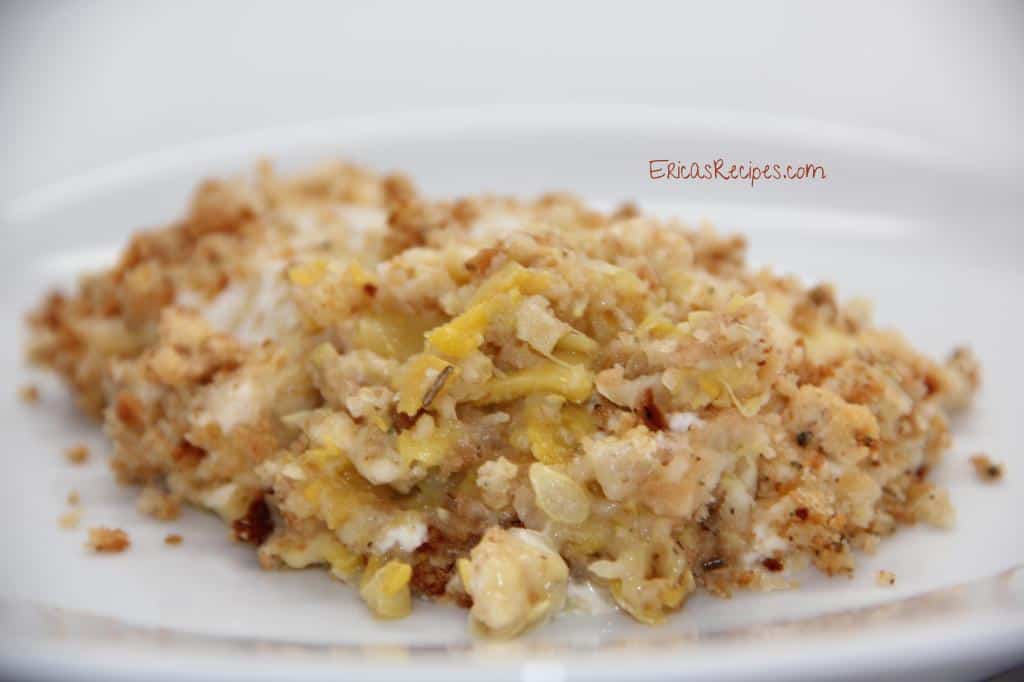 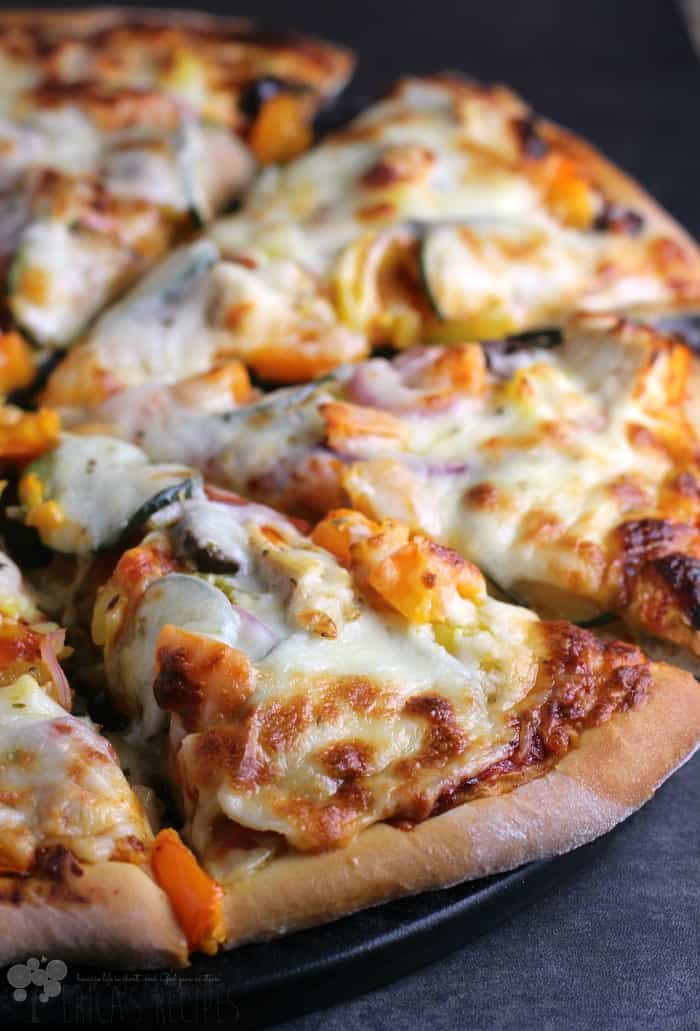 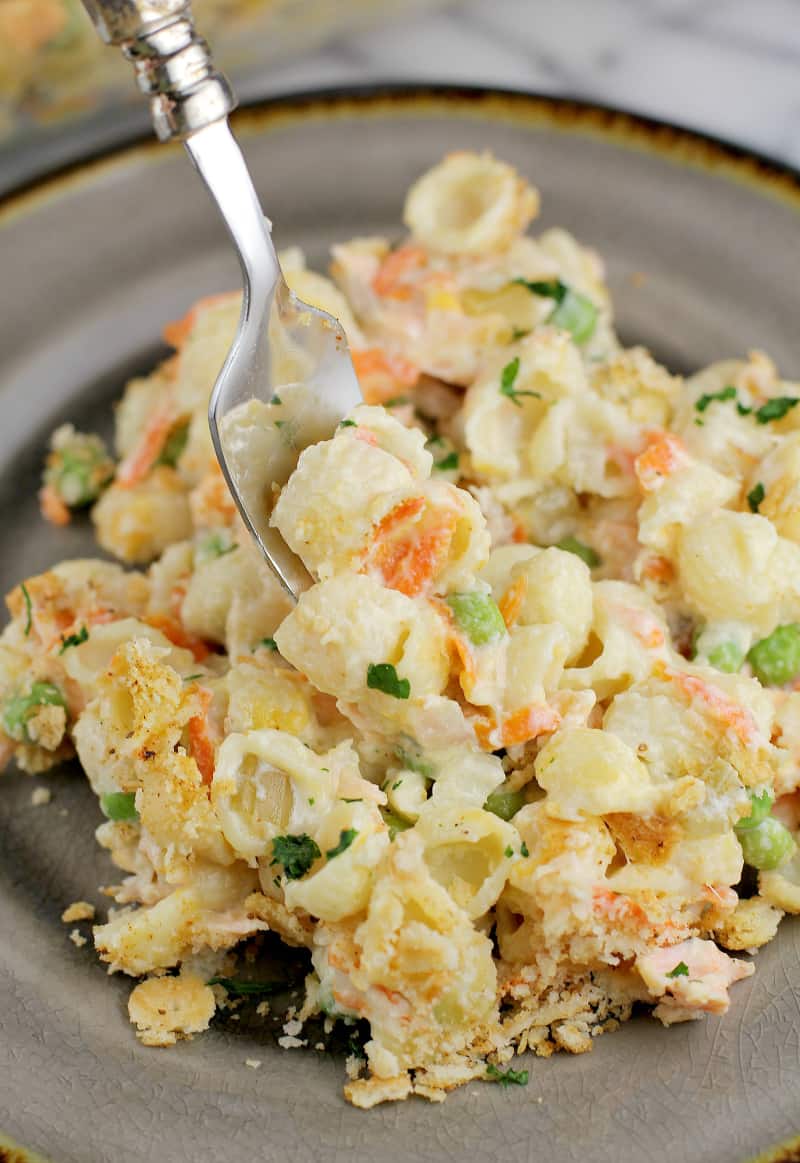